Kids love sharks. Younger children usually revere them simply as scary monsters while older kids may be more knowledgeable and admire them for the fierce impressive predators that they are. It’s not much different than the admiration most kids have for dinosaurs.

One major difference between dinosaurs and sharks is the way they move. Dinosaurs were heavy terrestrial reptiles and most people still see them as heavy-footed, cumbersome and possibly even slow and clumsy. They probably weren’t any of these things but it’s how they’re perceived in popular culture. On the other hand, you can say a lot about sharks’ public image but the words “slow” or “clumsy” probably wouldn’t be used. Certainly not heavy-footed 😉 Sharks are scary but they are also elegant, fast and even graceful.

Just the kind of qualities you’d like to have in a kite, right?

And so, here it is – the shark-shaped kite – one that’s sure to capture the heart of a kid and the eyes of anyone who happens to be looking up to the sky – 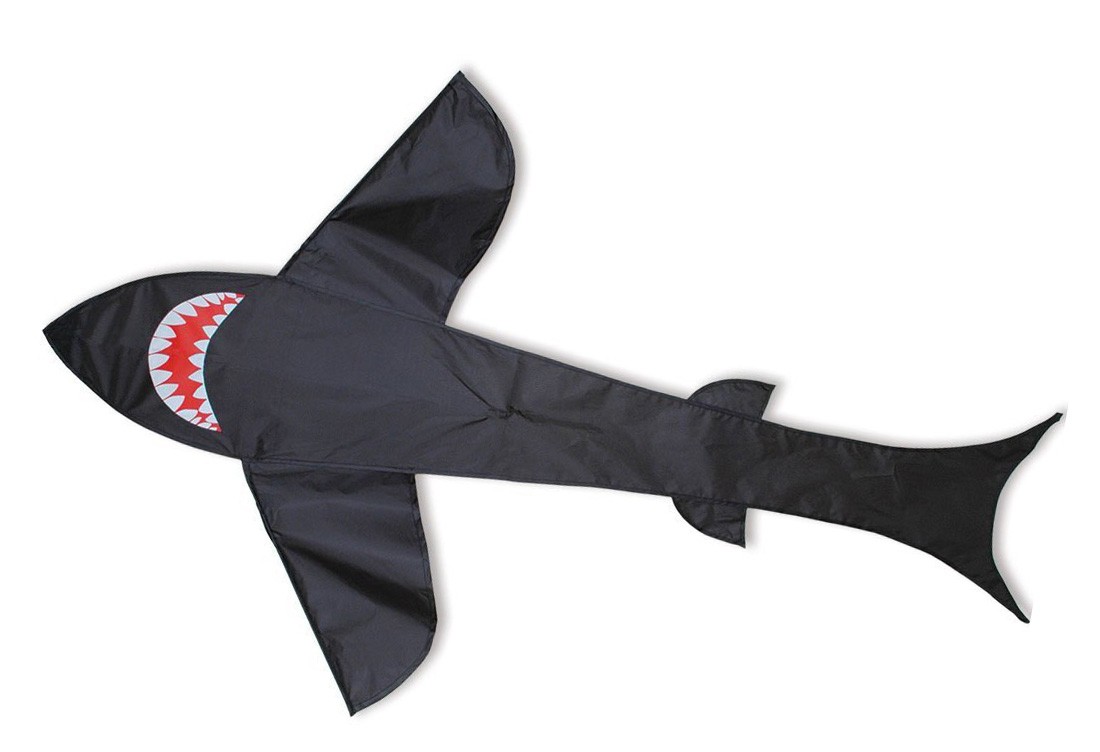 Kids find this kite awesome. Literally, inducing awe. After all, it’s a sheer black shark with a huge mouth full of teeth! Hard to beat that! It’s a large kite, measuring 88 inches in length and reviewers rave about its flight capabilities. It swoops and turns almost like a real shark would in the water, yet is easy enough for a 5 year old child to fly.

It’s a definite attention grabber and is hard to lose track of in a crowd of kites and it’s durable enough to last through many seasons of happy kite-flying. A great gift for any kid who loves sharks, though please check with the parents first as some of the younger children may actually find it too scary.